Today we’re going to be taking a look at one of member’s armies, Adam’s fully converted Tau Drone Army.

I love the Tau Empire, most likely because their futuristic look and the fact their constantly improving their technology. So it would make sense that there would be a faction in the Tau Earth Caste that focused on a the creation and management of a Drone cadre known as “The Tau Kor’vesa Initiative!” 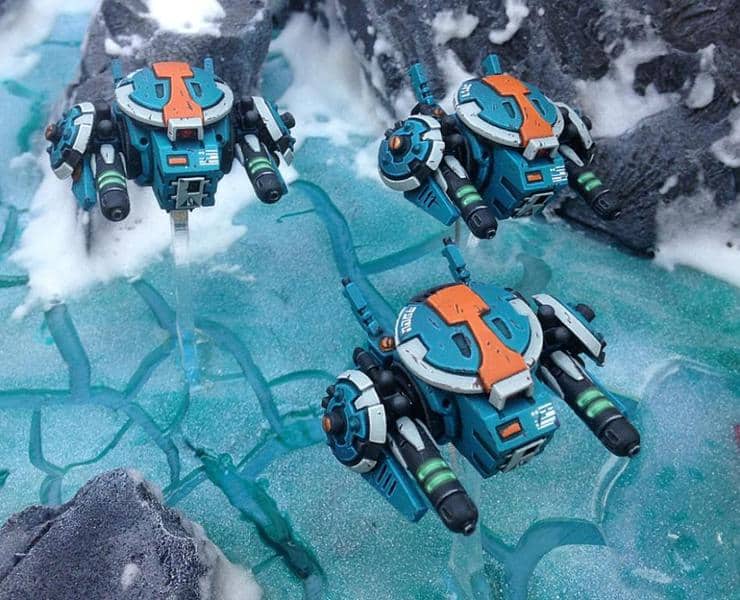 It took almost a year and a half to get started, as the Crisis Drones went through some redesigned, but most of it was due to the fact the Crisis Drones and Broadsides required Riptide bits that took time to collect enough from Bits sites. But within a few months the army had taken shape. As you look through the photos try and guess what Battlesuit each Drone design is representing? 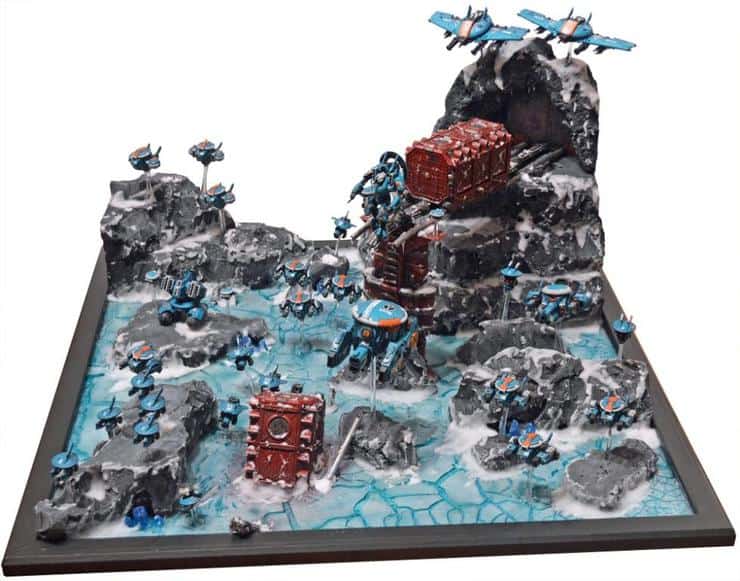 My Armies On Parade Board (won 2nd place) 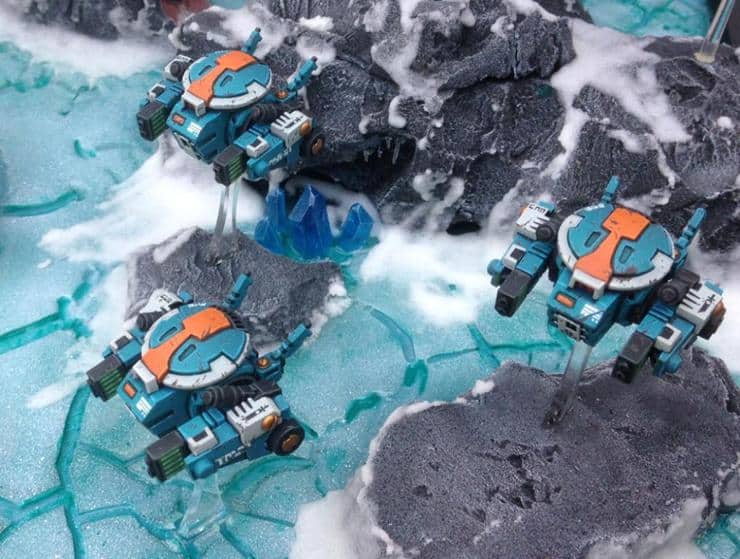 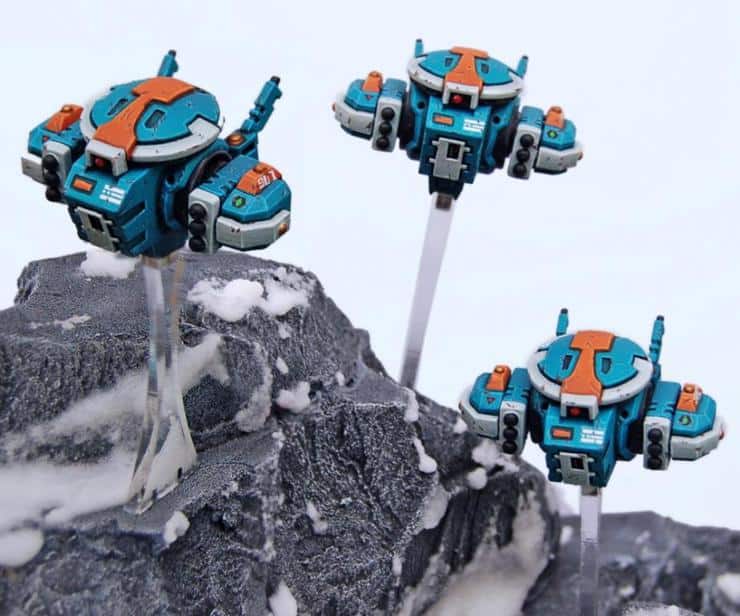 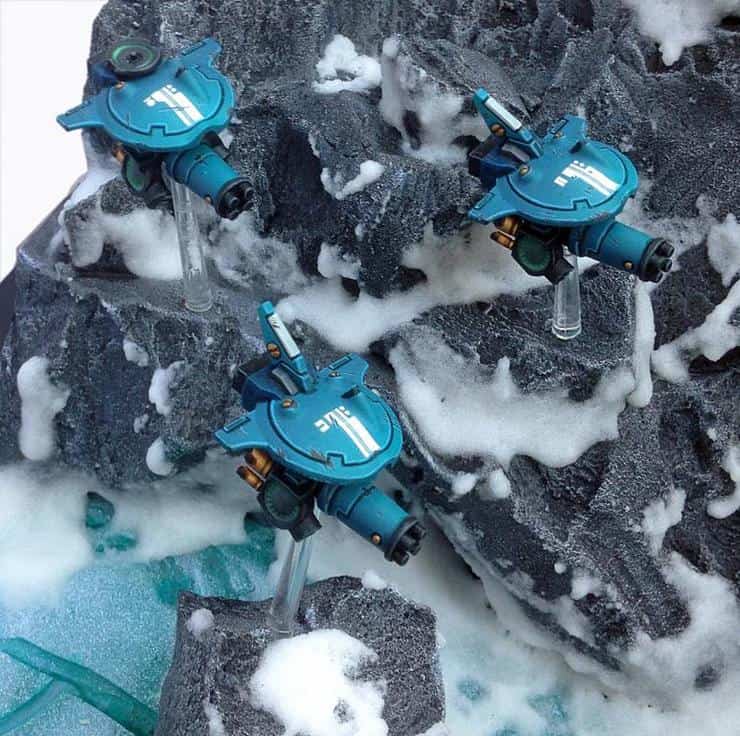 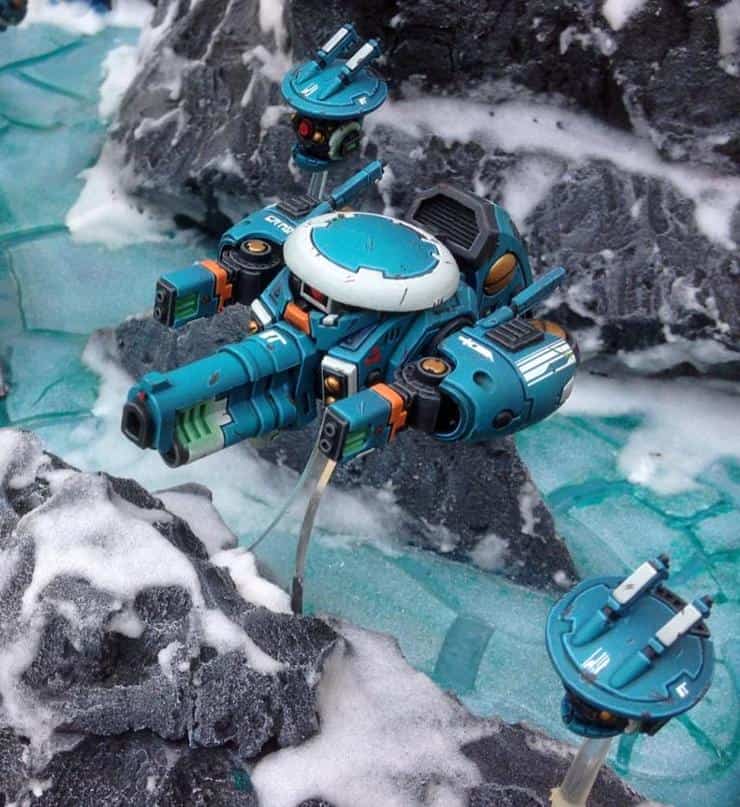 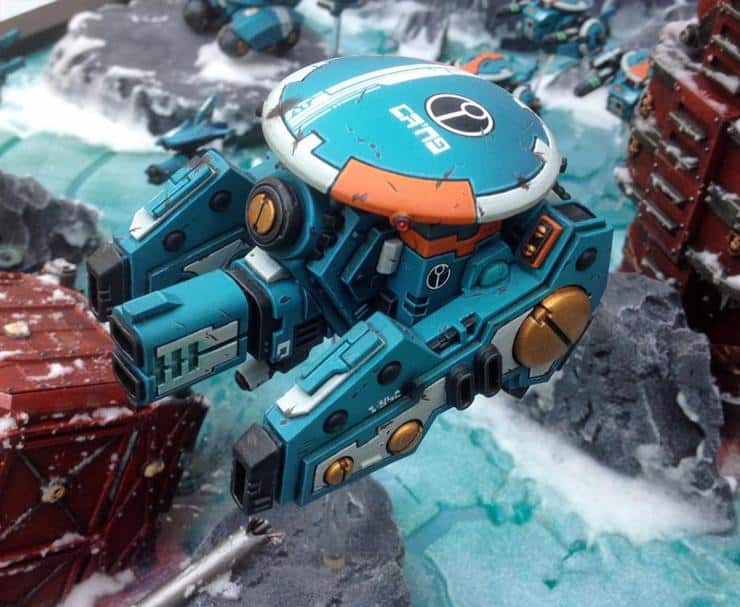 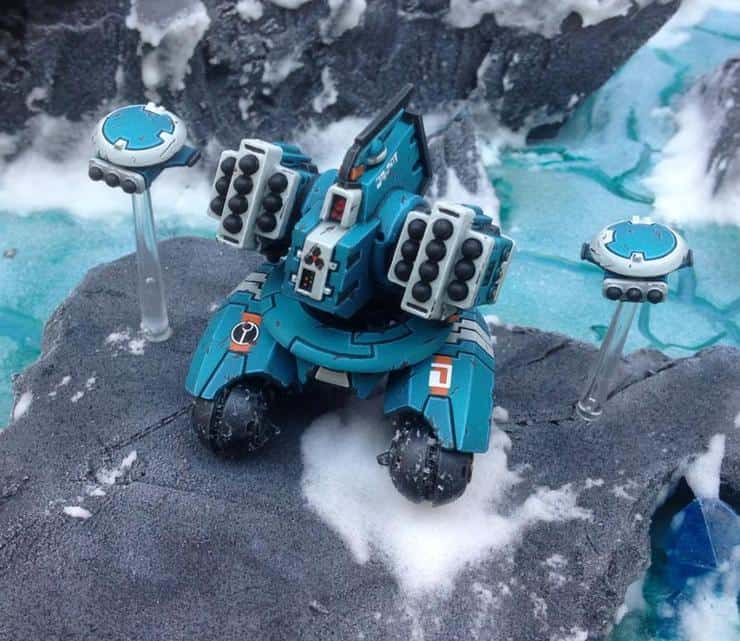 And of course there is the Tau Commander controlling the Drones around her and some standard Drones as well. 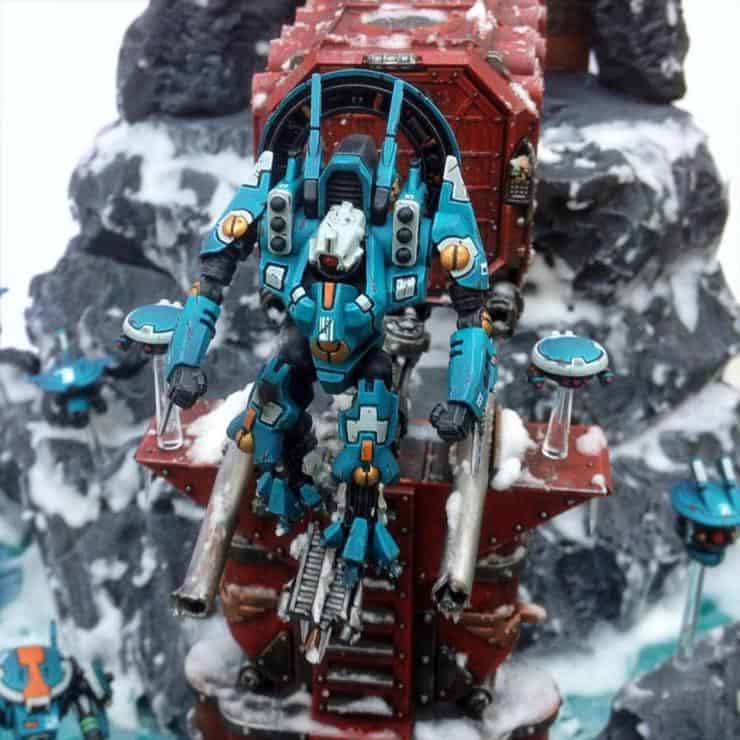 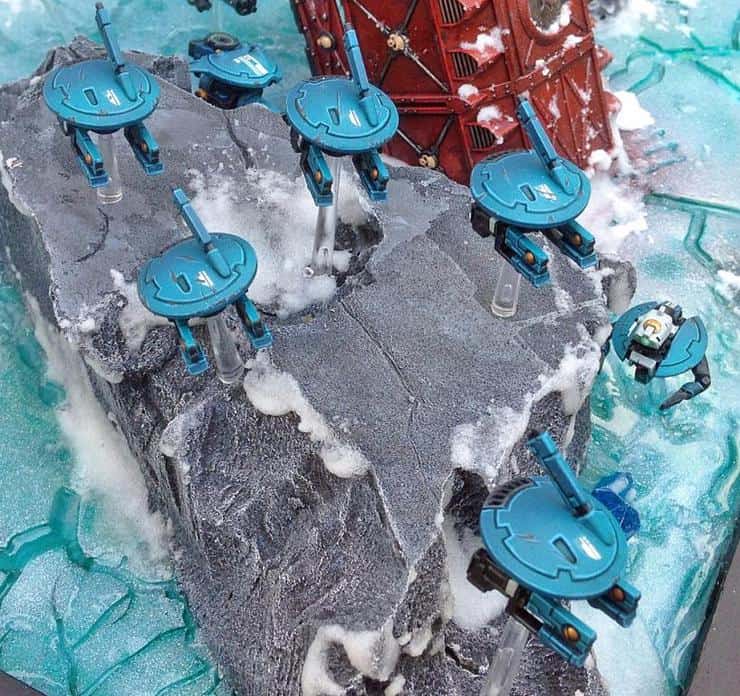 This small Drone based on the Earth Caste Drone From Dawn Of War normally sits on the Riptide base, representing his FNP save. 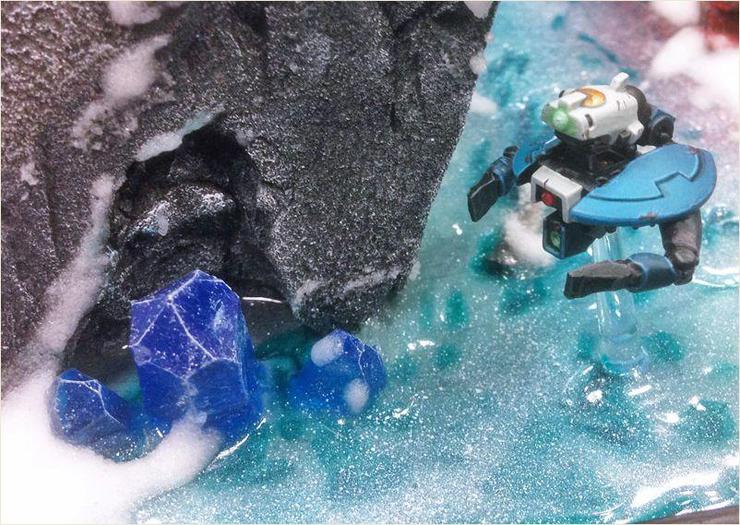 An important part of this project was matching the sizes of each of the Drone with the Battle suit they were proxying on the board, the flight stands were crucial in this. As you can see in the photos below all the models matched the originals in height and width. So far I have not encountered a piece of terrain that has cause problems with the models not having a lower half. 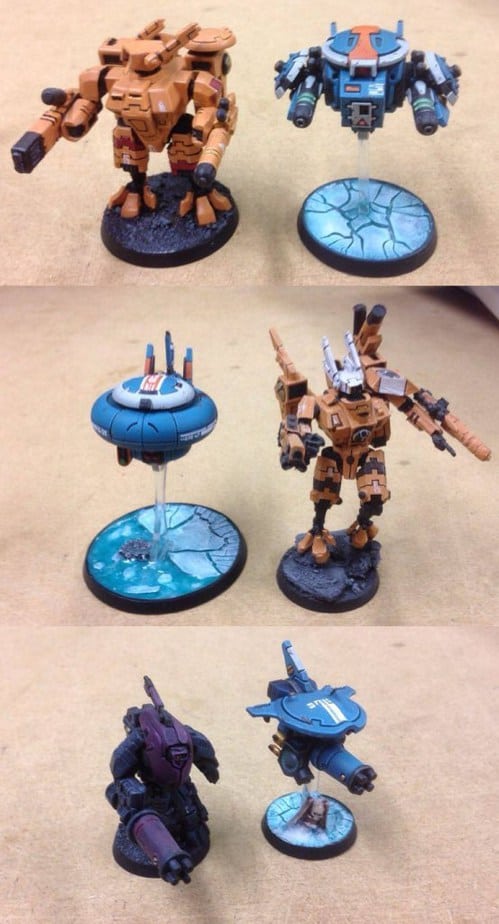 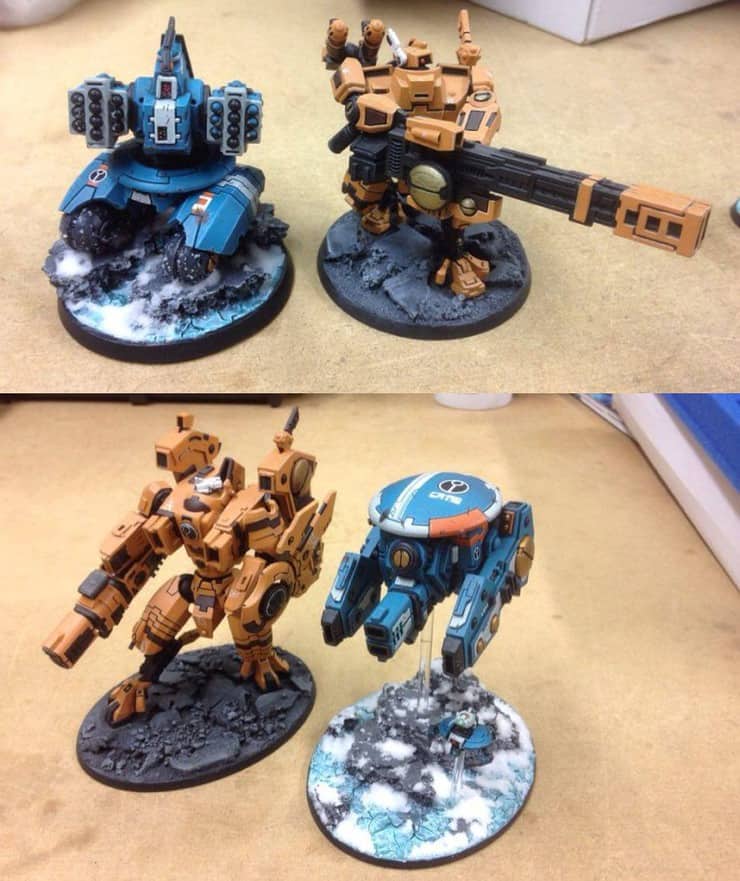 All the models should be easily recognisable for what they represent but just in case I always create a reference sheet to prevent any confusion in games. 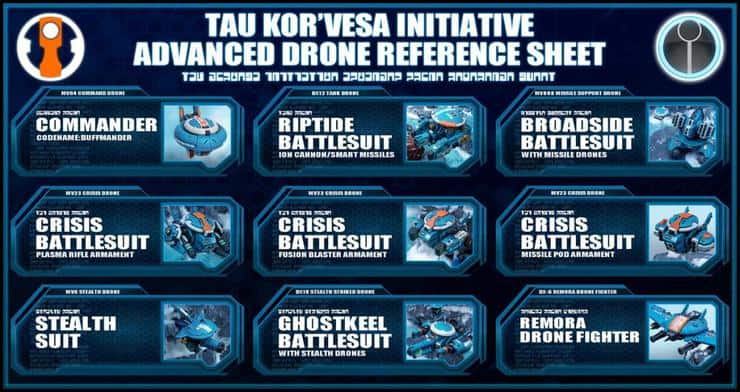 Hope you enjoyed looking through this army as much as I enjoyed building it.

Up next; What is the Gobstykup?

Warmahordes is one of the most popular games played at Gobstyks, so today we’ve got a detailed article written by Chris Pymm […]

For more information contact Gobstyks earl_squigglesworth@outlook.com THE RESTART PLAN The Exec have been in contact with the Church (the owner of our […]

We kick of the weekend with a showcase of some of Ali’s converted Blood Bowl Teams…. A long time ago I realised […]